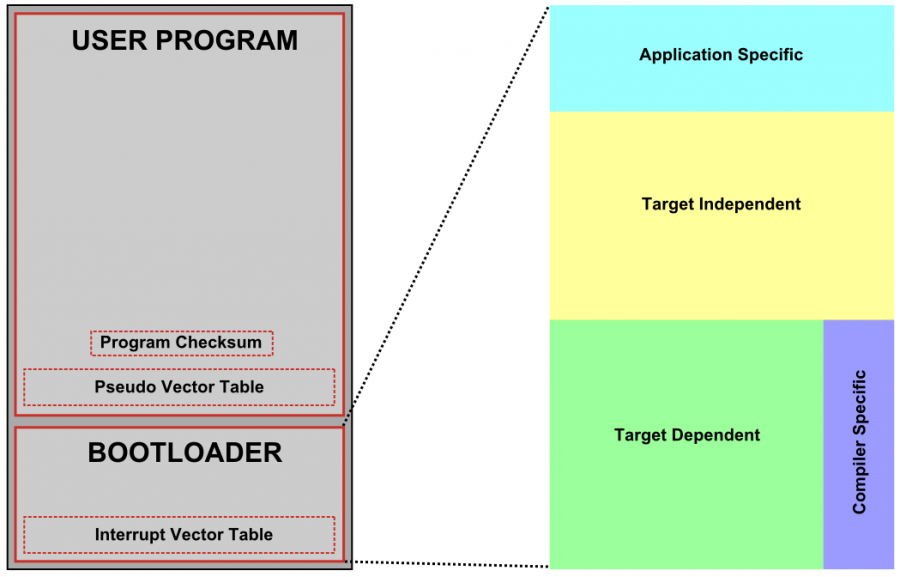 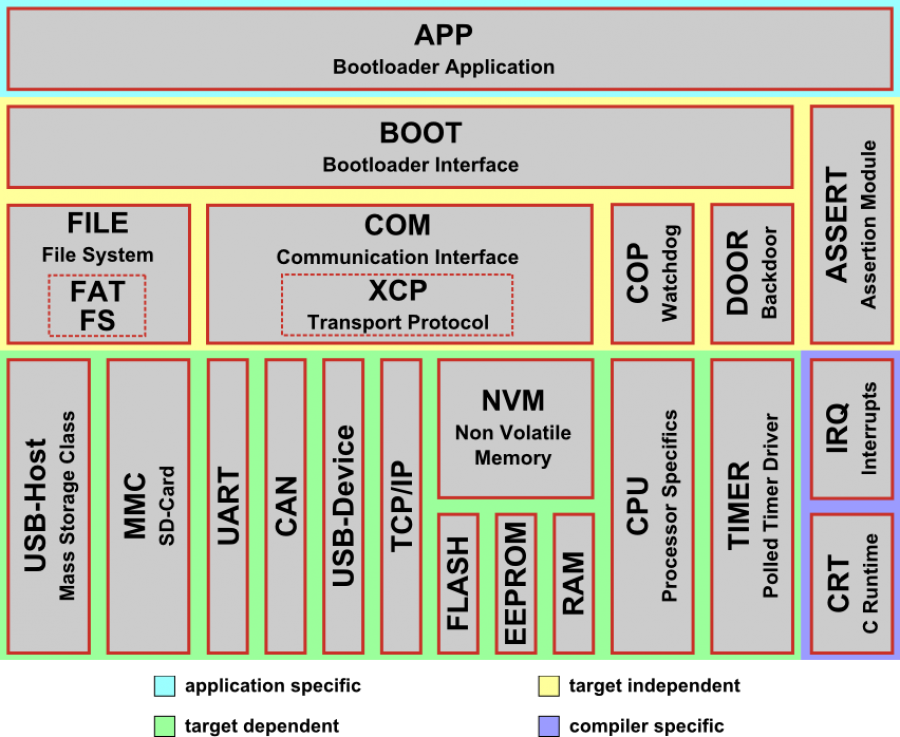 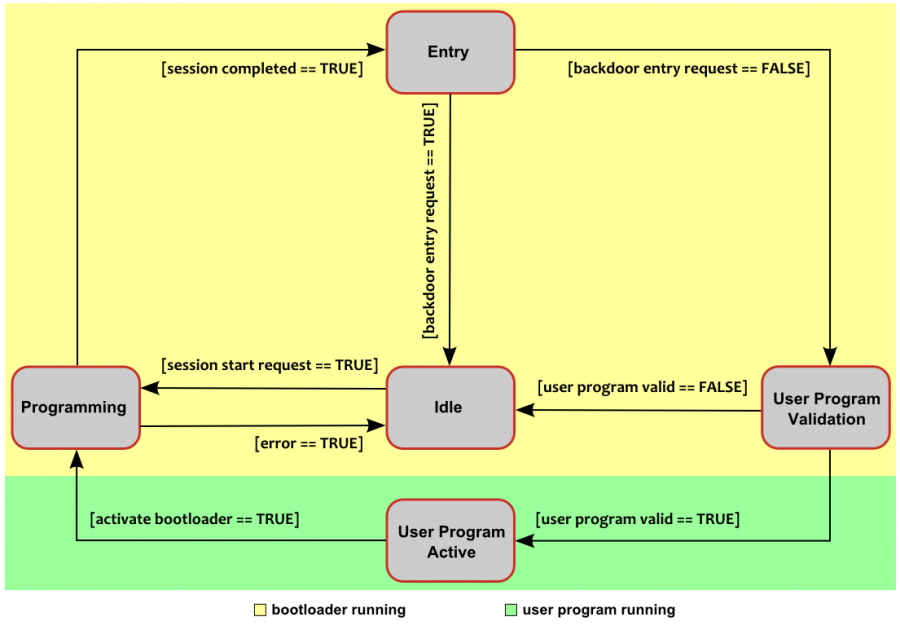 All OpenBLT demo programs are configured in a way that firmware updates can be started from a running user program (state user program active). When the user program receives the XCP CONNECT command from the host PC it activates the bootloader by calling its entry function. This function is typically called EntryFromProg() and linked to a fixed memory address in the bootloader.