MicroBoot was written in Object Pascal using the Lazarus IDE and developed with cross-platform support in mind. It has been successfully tested on a Windows PC, Linux PC and even runs on a Raspberry PI.

Under the hood, MicroBoot relies on the OpenBLT host library (LibOpenBLT) for handling the actual communication with the bootloader.

Thanks to the open source nature of the OpenBLT project, full source code is available for the MicroBoot program. This makes it a great reference and starting point for those that would like to develop their own firmware update tool.

The illustration below provides an overview of the Microboot user interface. 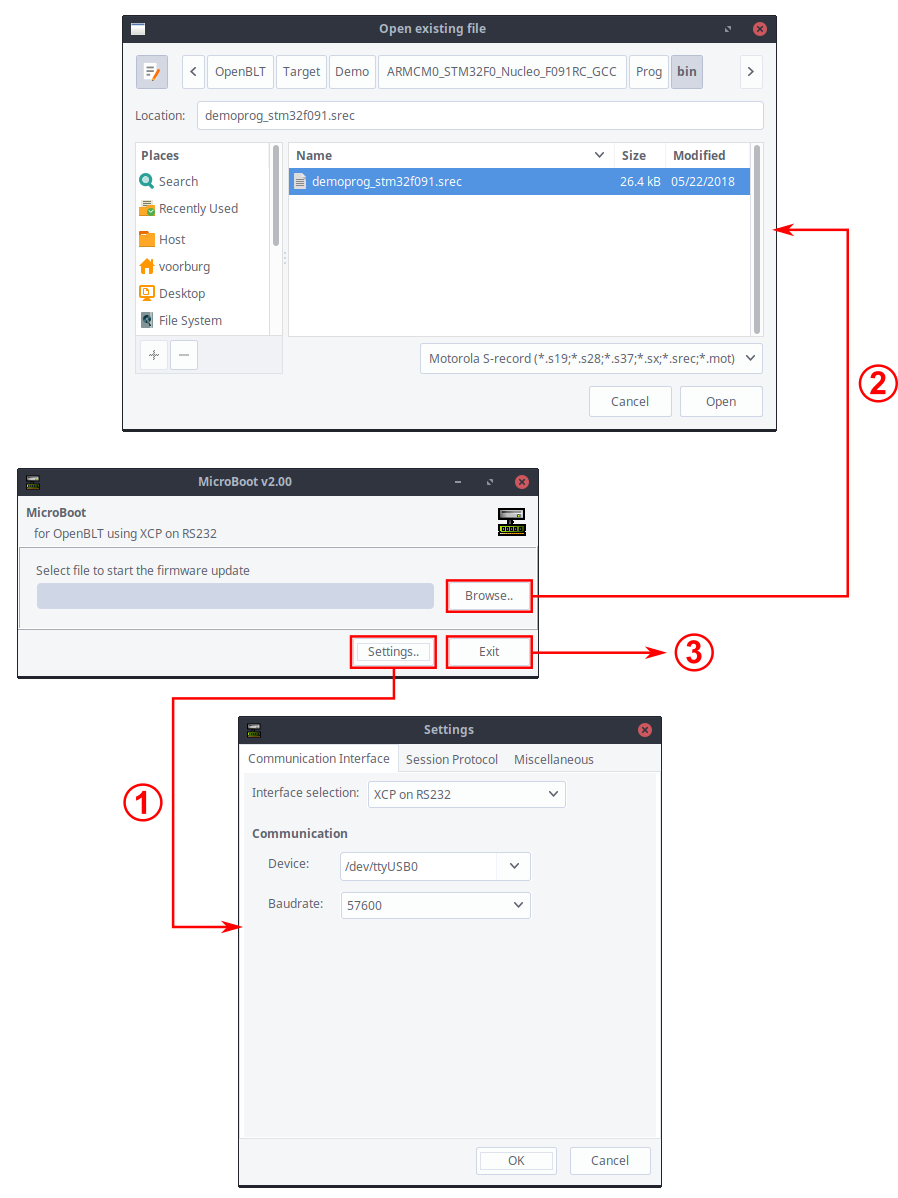 (3) To close MicroBoot, simply click the “Exit”-button. If a firmware update is in progress, it will be automatically interrupted.

It is possible to start MicroBoot from the command line. At this point the only command line argument that is supports is the firmware file itself, including its full absolute (or relative) path. When MicroBoot is started this way, it automatically starts the firmware update procedure using the specified firmware file. This feature enables the integration of MicroBoot into your integrated development environment (IDE), such that for example a firmware update is automatically started after building your firmware.

The free and open source Lazarus IDE was used to develop MicroBoot. To install the Lazarus IDE, point your browser to its project page on SourceForge.

For Linux users, DEB and RPM packages are provided. However, it is recommended to install the version of the Lazarus IDE that is offered in the package repositories of your Linux distribution. Here are the installation instructions for most popular Linux distributions: